People often pay attention to Japan thanks to the fragile beauty of cherry blossom petals, but Japan attracts me by its very special traditional cuisine. Maybe, I have not had the opportunity to set foot in Japan and I only had the opportunity to try the delicacies of this country of the Rising Sun in Vietnam, but just that much is enough to make me excited. Indeed, traditional Japanese food ensure both the look and the taste!

Japan is one of the birthplaces and preserves the traditional culinary arts of Asia. It seems that every dish of this Kimono country is a delicate work of art with full of Color – Flavor – Taste. Traditional Japanese food are becoming more and more attractive to many tourists in Japan and around the world.

After being known to the West for dishes like “sukiyaki hot pot” or exotic delicacies like “sushi”, Japanese cuisine has become more familiar and appreciated all over the world in recent years. . Many tourists come to Japan to taste and feel satisfied with raw fish or breaded fried shrimp. However, very few first-time visitors to Japan will fully enjoy and feel the variety and splendor in Japanese dishes that are true to authentic Japanese traditional food. . Eating in Japan is an extremely enjoyable and memorable experience for the rest of your life.

Today we will learn and “enjoy” Japanese dishes that are considered as traditional and typical cultural features of this “rising” land. These are also dishes that we cannot ignore. enjoy while traveling Japan.

Since ancient times, the Japanese have used the method of incubating fish, shrimp and seafood in rice balls to keep the delicious taste. Brewed rice is often mixed with a little vinegar for a sweet and sour taste. Since then, this way of keeping the taste of fish, shrimp and seafood became the sushi it is today. The main ingredients of Sushi are tuna, squid and shrimp rolled inside a rice ball. This dish is served with cucumbers, pickles or fried eggs and then dipped with mustard (wasabi) or Japanese soy sauce.

This is a dish that Japanese people often use to eat to firm their stomach and become a traditional Japanese food indispensable in their meals. Sushi is also a dish that often appears in the traditional parties of the people of the “Rising Sun”. Each region in Japan will have a different way of preparing Sushi. There are sushi that don’t have seafood, but fried eggs with sugar. There is a type of sushi roll inside that is natto – a famous fermented bean paste in Japan.

At first, many of you will probably confuse Sushi and Sashimi. However, these two traditional Japanese food are completely different. If Sushi is packed with rice-based ingredients, Sashimi has ingredients mainly from fresh seafood, usually served with perilla leaves or grated radish, dipped with soy sauce, soy sauce. or other spices such as mustard, ginger, etc.

Depends on the type of seafood being processed. If Sushi is considered one of the main dishes in a Japanese meal, Sashimi plays a very important role as an appetizer to awaken the senses of all diners. Fresh seafood is usually cut into very thin, mouth-watering slices. Some types of seafood are often used to make Sashimi such as salmon, basa, tuna, shrimp, squid, octopus, etc.

Kagamimochi has the shape of thick cakes stacked on top of each other. The round shape of the cake resembles the shape of an ancient mirror, hence the name kagamimochi. The ancient Japanese said that the mirror is the abode of the gods.

One of the famous noodle dishes, known as the “national noodle” of Japan, is made from flour, water and salt, processed into thick, chewy strands with a milky white color.

The simplest and most traditional Japanese udon food is Kake udon. Kake in Japanese means “chan up”, so the noodles only need to be filled with broth and enjoyed, without adding anything else, or can add a few scallions to decorate for more fun colors. peace. Noodle broth is usually cooked with soy sauce (soy sauce), Nirin and Dashi sweet wine. The noodle broth is sweet and a little salty.

In some places, people eat Udon noodles with deep-fried chicken, tempura or ki tofu to add both color and flavor to the dish. Especially this noodle dish is very delicious even when eaten hot or cold.

This is a dish made from pork born in the late 19th century, imported from Portugal and became a popular dish in Japan, loved by both adults and children. The main ingredient consists of fried dough, pork tenderloin one to two centimeters thick and sliced into bite-sized pieces, often served with cabbage, rice, and miso soup. The meat used to make Tonkatsu can be used with breast and back meat, the meat will be salted and peppered and lightly sprinkled with a layer of flour, then dipped in eggs and breaded before being fried. This deep-fried meat dish is a worthy addition to traditional Japanese food.

This is a traditional Japanese food prepared in the nabemono (hot pot) style. Sukiyaki consists of meat cooked or boiled at the table, along with vegetables, mushrooms, tofu and noodles. The main ingredients of hot pot are usually Mirin, sugar, soy sauce, etc. Japanese families quite like this dish. . Family members sit around the steaming Sukiyaki pot and enjoy this hot, delicious dish. Traveling to Japan especially in the cold season, do not miss this Sukiyaki dish!

Yakitori is a fairly common dish of traditional Japanese food. This is a dish made from chicken, chicken liver and a few other vegetables. All will be pre-marinated and skewered on bamboo chopsticks, then they are cooked with charcoal. At this time, along with the aroma from the chicken, along with the greasy taste, it will be difficult for the audience to forget the taste of Yakitori.

This is a thick rice cake that is simmered with chicken, vegetables and Dashi broth, they are served with Osechi and are considered a dish of happy occasions. In particular, although it is a traditional Japanese food, this Ozouni dish has different flavors and shapes depending on the region. For example, the Ozouni of the Tokyo region will have round thick cakes and white Miso broth. There are many other families who like Azuki red bean soup… The fillings inside are also different such as meat, fish, mushrooms, pumpkin, oysters… depending on taste. Therefore, a Japanese bride must learn to cook Ozoubi according to the taste of her husband’s family as an important thing.

Born in the early 20th century, Shabu – Shabu is known as a delicious hot pot dish quite similar to the taste of the early Mongolian hot pot but has not lost its distinct character. By the talent of the chef, the pieces of fresh beef (especially Wagyu beef with beautiful fat veins) are sliced thinly. When eating, diners will dip beef slices in a sweet broth, eat while still slightly pale with cabbage, seaweed, tofu, udon noodles and shiitake mushrooms, ingredients that are very good for health.

In some parts of the world, Shabu – Shabu is “modified” by using other meats such as duck, chicken, lamb or lobster instead of beef. However, once you taste the taste of traditional Japanese food, Shabu – Shabu hot pot, to fully feel the excellent taste of this unique dish.

Soba and Udon are two famous noodles of the country “Cherry Blossom”. These are two traditional Japanese food that cannot be missed when coming to Japan. Soba noodles are processed quite elaborately. The noodles are made of wheat flour and are quite tough. This noodle dish has many varieties, from hot noodles to cold noodles. Accessories are also quite rich, such as: seafood, meat or tofu, etc. Japanese people often eat this dish on the last day of the year in hopes of a healthy and lucky new year because Soba noodles are also known as noodles. lucky.

Udon noodles compared to Soba have a simpler way of processing. The quality of noodles depends entirely on the hands of workers from fermentation techniques to processing experience. Udon noodles have a rich flavor of meat broth. This dish is served with fried shrimp, fish, dumplings or vegetables,…

Okonomiyaki pancakes are extremely popular dishes not only for Japanese people but also for visitors to Osaka. In Japanese, the meaning of the word Okonomiyaki is “freely grilled”. Cake is a mixture of rice flour, eggs, vegetables, meat and many other ingredients that are baked. During the baking process, chefs often add cabbage cakes on top of the eggs. Then, when the cake is cooked, it will be sprinkled with sauce and seasoned with mayonnaise, seaweed and tuna meat. Okonomiyaki pancakes make diners curious so that during the process of enjoying, think about what ingredients they have eaten a cake?

Nanakusagayu is exactly that Thai porridge – a dish imbued with traditional Japanese culture with 7 different vegetables, they are known as spring herbs with Seri (can ta), Nazuna (vegetable fishing), Gogyo and Hotokezona (Japanese chrysanthemum), Hakobera (Esmetic), Suzuna (round radish). All of them carry the symbol of spring and are easy to enjoy. The Japanese have put them into a song to make them easy to remember.

In addition to the above dishes, during Tet, there are many sauces made from beans to dip cakes, rolls and grilled fish. Food to eat with sauce and fish salad are cakes and noodles made from rice. On New Year’s Eve, the whole family gathers for a year-end meal and then waits for the sacred moment of the new year. On the morning of the first day of Tet, the whole family celebrates the new year. According to the ritual, each person in turn starts from the youngest facing East and drinks Sake. Everyone gives each other best wishes and then enjoys osechi dishes after making new year offerings.

Japanese cuisine is special, isn’t it? The dishes here are like the Japanese people themselves, gentle and delicate. If you have the opportunity, you must definitely try these traditional Japanese food “the land of cherry blossoms”! 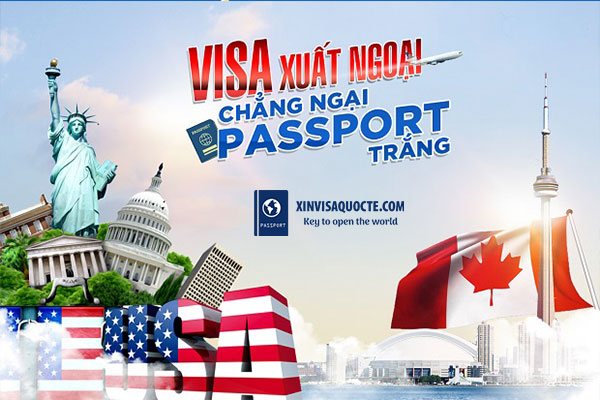